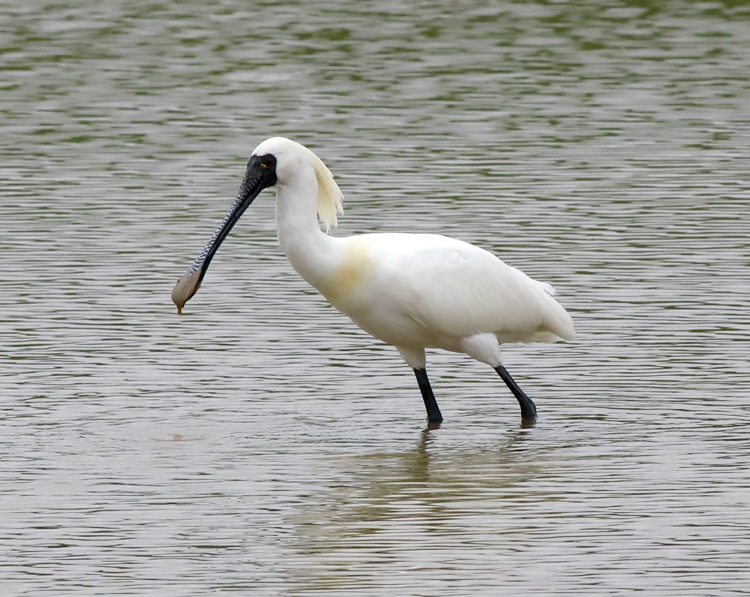 Black-faced Spoonbill Platalea minor is listed as “Globally Endangered” on the basis of a suspected very rapid population decline in the coming future owing to predicted loss of habitat primarily from development for land reclamation and pollution.

An annual census is organised at wetland sites along the coastal area of East Asia since 1994. The 2019 census took place on 25-27 January 2019 with more than 100 sites covered by > 200 volunteer surveyors, ornithologists, conservationists and site managers participating.

We recorded a total of 4,463 individuals of wintering Black-faced Spoonbills. This is the highest ever number counted for this species, and is the first time we have counted over four thousand birds.

This new high figure is an increase of 13% from 3,941 individuals recorded previously.

Numbers of Black-faced Spoonbills counted, along with the population trend, in different areas are listed below:

This species shows a strong recovery from a very low number of < 300 individuals in the early 1990s to > 4,000 now. This increase of the population is believed to be due to collaborative international conservation management of the birds and their habitats in many places (e.g. Taiwan, Hong Kong, Korea) over the past two decades.

Taiwan remains the largest stronghold of wintering Black-faced Spoonbills in the world, while numbers in Taiwan, mainland China, Deep Bay (HK and Shenzhen), Japan and Macau are increasing as well. The growth of numbers in China is particularly impressive.

All of these numbers are very encouraging sign the long-term survival of the Black-faced Spoonbill.

Further information about this species on this  website here