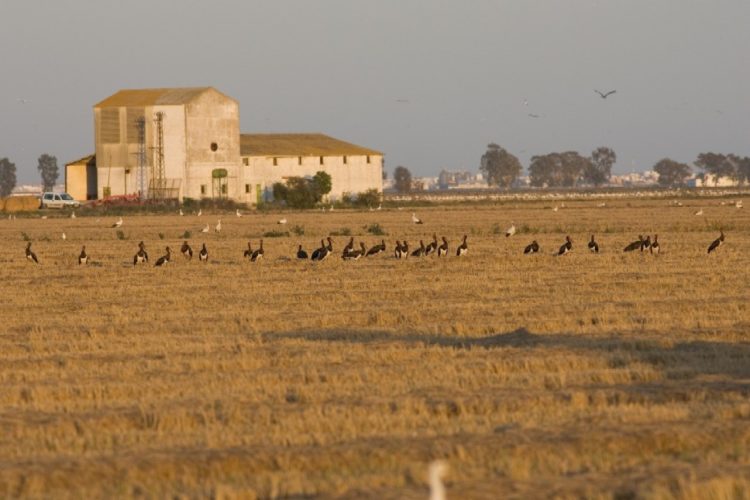 I International Conference on Black Stork in Kemeri (Latvia) 1993

From 28 to 30 November 2018, the VII International Conference on Black Stork will take place at Doñana National Park, a protected area in Southern Spain, probably the most important overwintering area for the species in Europe. It will be organized by the IUCN SSC Stork, Ibis and Spoonbill Specialist Group, The Estación Biológica de Doñana (EBD-CSIC) and Junta de Andalucía (Andalusian government).   The interest of the conference is to gather specialists of the species to present the most updated information of the species, most recent researches and strengthen the network and collaboration among specialists. More than 30 researchers and specialists from 14 countries are registered.

Oral presentations and posters will be organized into 4 sessions:

The program will have a special session to discuss about the future of the international working group and a field trip to learn about the wintering population of the species at Doñana National Park.

The contents of the conference will be published in an online issue of the Stork Ibis and Spoonbill Conservation journal promoted by the homonym specialist group of the IUCN SSC.