The first step of the IGIN was an international workshop on the Glossy Ibis that was held in Doñana, Spain in November 2017. This meeting organised by the Estación Biológica de Doñana (CSIC, Spain) with support from the Tour du Valat (France) and the  IUCN Species Survival Commission  Stork Ibis and Spoonbill Specialist Group (SIS-SG), saw the participation of researchers from 14 countries. 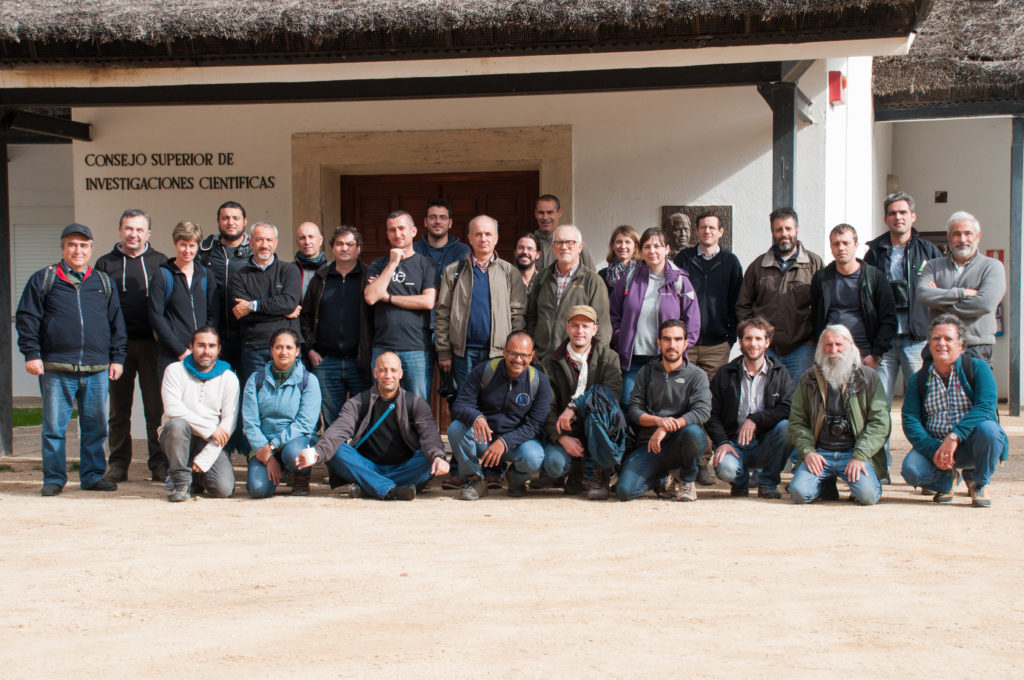 During this meeting, we outlined a roadmap for the IGIN activities. Among others, we pursue these objectives:

– Publication of a monograph on the Glossy Ibis to be published as a Special Issue of SIS Conservation;
– Preparation of a protocol for recommended practices of data collection and rules and rights of data sharing among the IGIN members;
– Leading a research project to investigate population structure and connectivity across the entire distribution range by combining nuclear and microsatellite markers;
– Promotion and advice of new banding programs with the Glossy Ibis;
– Preparation of a scientific article, using capture-mark-recapture data and analyses to investigate the ecological processes driving metapopulation dynamics of Glossy Ibis.