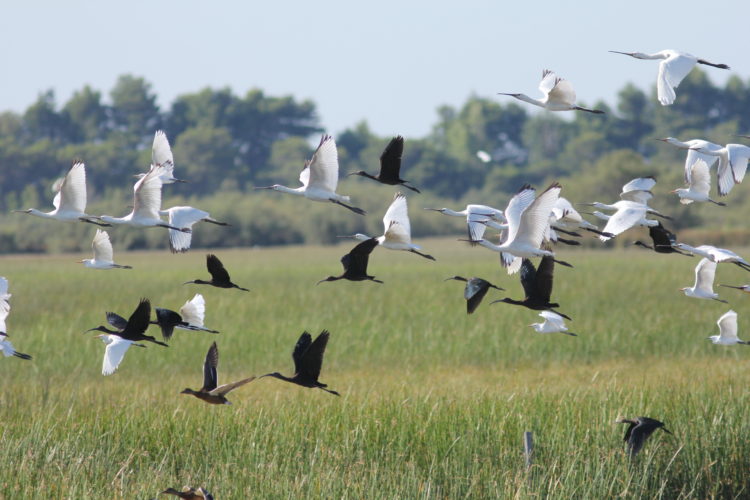 Eurasian Spoonbills are among the most easily identifiable bird species in the world. Their unique, spatulate bill and their sweeping method of foraging is well known to many, expert and novice alike. An equally unique group of people have come together to keep an eye on the well-being of the Eurasian Spoonbill – a widely distributed species, that has come under threat in recent times due to habitat loss. The European Spoonbill International Expert Group, or ESIEG, was founded in 1991 by a small group of people, and is now a large group of deeply-respected experts that form an expert group of the Agreement on the Conservation of African-Eurasian Migratory Birds (AEWA).

Despite focused on only one species, this group of experts have enough to discuss and talk about in regular workshops and meetings. Between 1992 and 2012, they organized seven international workshops to connect scientists and conservationists working along the entire African-European migratory pathway of the European Spoonbill. They produced the European Spoonbill Action Plan in 2008, and added plenty of information in their recent meeting in 2015.

The ESIEG is now coordinated by SIS-SG member Champagnon Jocelyn, and his colleague Juan Navedo. Keeping with the times, the group has created an active Facebook page where people can track spoonbills with satellite transmitters, and learn other cool things about the species, along with the experts.

It is focused, dedicated, and evidence-based groups such as the ESIEG that give us great hope for the long-term security of species such as the Eurasian Spoonbill!