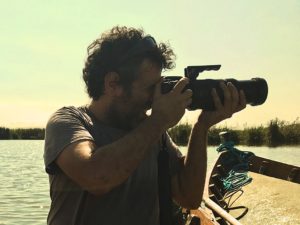 Since 2009, I am a project officer in SEO/BirdLife (the Spanish Ornithological Society, member of BirdLife International in Spain), a NGO devoted for bird conservation in Spain.

I am working in the regional office of Valencia, in eastern Spain, where we work specifically work in the conservation of coastal wetlands and biodiversity monitoring, mainly in l’Albufera de València, one of the most relevant wetlands for bird conservation in the Mediterranean region. Our main operational objectives are to improve the conservation status of several endangered waterfowl and species linked to wetlands through improving management measures according to research information. We have several monitoring programs on Grey Heron, Purple Heron, Squacco Heron, Cattle Egret, Little Egret, Night Heron, Glossy Ibis, Greater Flamingo, Eurasian Spoonbill and other colonial species such as ducks, gulls and terns, as well as passerines through constant effort ringing sites. For all of them we develop studies on their population dynamics, habitat use and their interactions with land uses such as rice farming. We also manage several wetland areas in Albufera in order to increase its suitability as feeding and breeding areas for the target species.

I obtained my PhD in 2017 on the conservation biology of the Eastern Iberian Reed Bunting, a strongly endangered wetland passerine endemic to the Western Mediterranean wetlands, specifically attending to its habitat selection, genetic structure and population trend.