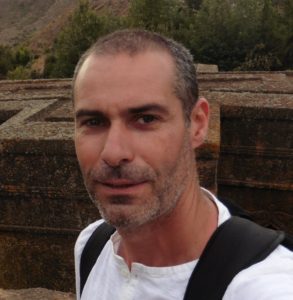 Luis felt in love at first sight with black storks just when he saw a picture in 1988. He spent 3 years until met his love in the field. His first international experience in research and conservation was in Los Lllanos of Venezuela in 1996-1998 with Neotropical stork, ibis and spoonbill species. Coming back to the Iberian Peninsula, he conducted surveys and census in Spain and Portugal on black storks for more than 8 years, being the person in charge of the European project “Flying Over Natura 2000” in Spain. After studying the species in Southern Asia, completed a Master’s degree in Conservation Biology and a PhD in Zoology at the Complutense Groupo de Investigación, Spain in 2013. PhD Thesis was about Biology and Conservation of the Iberian black stork population (Ciconia nigra), with references to black stork conservation in the Sahel region. An affiliated researcher with the Evolution and Conservation Biology Research Group of the Complutense University since 2008, he is currently based in Ethiopia where he manages projects and programmes on sustainable development in Eastern Africa. Since 2014, Luis was appointed co-chair of the IUCN SSC Stork, Ibis & Spoonbill Specialist Group, along with my colleague K.S. Gopi Sundar since 2015.

Currently, I work in the Horn of Africa, but am supporting on developing work in other parts of the world that have SIS species. I am interested in developing field and conservation work with those most unknown SIS populations and species.