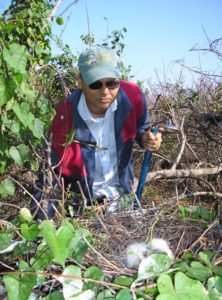 Abdul Jamil Urfi is Associate Professor at Department of Environmental Studies, University of Delhi, India. He did his PhD in zoology in 1988 and subsequently post-doctoral studies, as a European Commission Fellow at NERC ITE Furzebrook, England, on the foraging ecology of the European Oystercatcher, overwintering on the Exe estuary in Devonshire. In India, he was involved with environmental education as a staff scientist at CEE, Ahmedabad where he also carried out studies on reptiles and snakes, in context of captive breeding research and urbanization. The Painted Stork has been the focus of Urfi’s research for over three decades, initially as a CSIR funded researcher at Jawaharlal Nehru University, Delhi,  and subsequently as a faculty at the University of Delhi. This resulted in his book, ‘The Painted Stork, Ecology and Conservation’ (Springer, New York, 2011). As a Fulbright Scholar, he also studied colonial waterbirds in Florida Everglades, USA. Urfi’s other books are ‘Birds Beyond Watching’ (Universities Press, India) and ‘Birds of India, A Literary Anthology’ (Oxford University Press, India). Besides scientific research Urfi is interested in science education, higher education policy and development issues.